The Los Angeles band The Daylights is made up of brothers Ran and Ricky Jackson, and drummer Svend Lerche.  Touring like crazy with the likes of Katy Perry, Onerepublic, and Needtobreathe they have built quite a following.  While they released their self-titled first album back in 2010 filled with some great songs, one of their true standouts is a song not included on the album.

Released as a single as well as part of the Cardboard EP, “I Hope This Gets To You” is an epic song.  Beginning with some toy piano, the song has a wonderful build up through the chorus, adding layer after layer to a great melody.  This song really showcases the bands songwriting abilities, and showcases how cinematic and over the top (in a good way) they can be.

With lyrics making it a simple love song, it is anything but that.  With the singer pleading that his love can understand how he feels about her.  I’m pretty sure she gets it.  It’s good to let the loves of our loves know that we are stupid for them sometimes, even if they already know it (I love you baby!  After 5 years you still make my heart skip a beat!)

So whether you are in love or looking for love, enjoy the track! 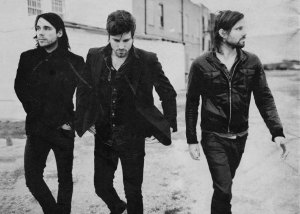